The main goal of initiating this direct line was to reduce any and all miscommunications between the Soviet Premier and the American President. Whenever either of them made a military, political, or social move that could be considered a threat, they could send a message to the other asking for a clarification.  This rapid and instant communication helped both Americans and Soviets in negotiating for a compromise that would prevent full out nuclear war. Unlike during the Cuban Missile Crisis, both leaders of both countries were able to stay on the same page whenever an emergency posed itself. On 20 June 1963, President Kennedy and Premier Khrushchev signed the "Memorandum of Understanding Between The United States of America and the Union of Soviet Socialist Republics Regarding the Establishment of a Direct Communications Link" . This confirmed the development and eventual usage of a hotline that spanned from Washington DC to Moscow.

By having a direct communication line between the two superpowers the chances of an all-out nuclear war seemed less likely. Messages were encrypted with a cypher that only trusted officials from each government would know, this meant that messages would still be protected from others who tried tapping into the line. The time it took to transmit letters shortened from weeks to only a couple hours. Therefore, a clarification on certain actions taken by one country, for example, could only take a couple hours. The United States and the USSR had utilized the power of communication to keep the threat of nuclear war at bay. 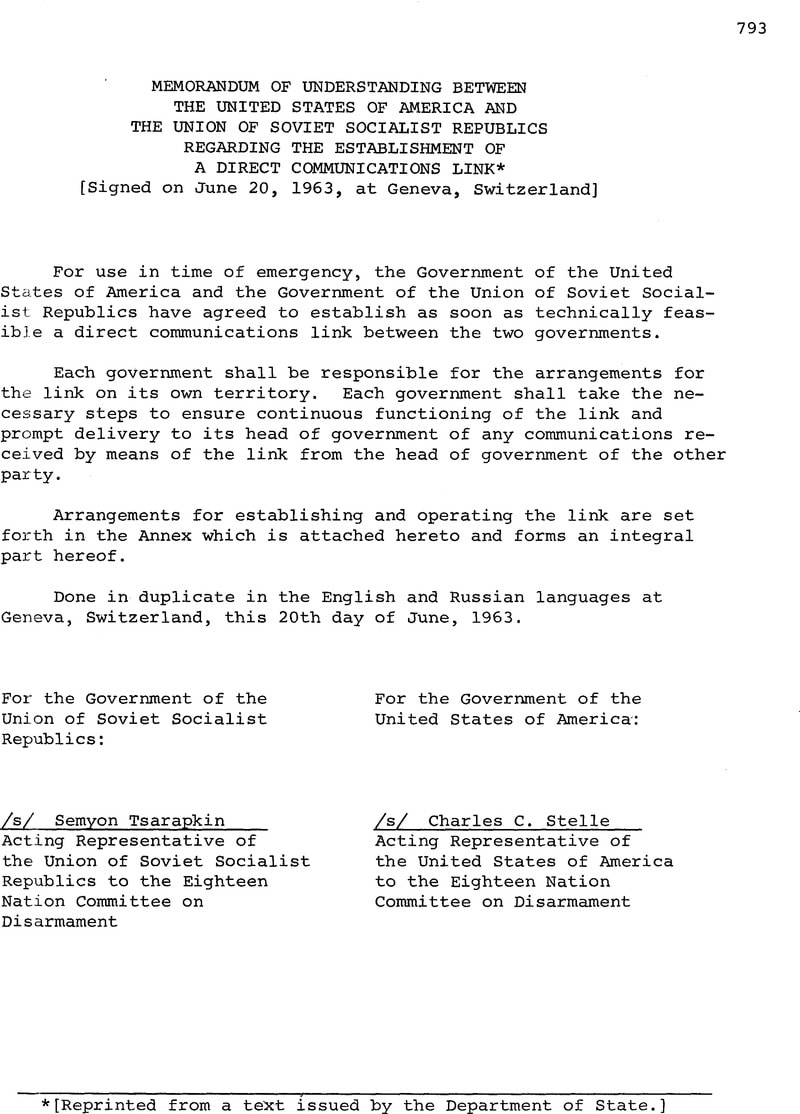